The Yosemite national park is one of the most beautiful places in California (but maybe even in the USA, if not in the whole continent).

Would it be worth a visit it if you had only 24 hours of time? However hard it may be – and on this we agree – we assure you that it is possible and with a little organization the dream can come true.

In case you had more time, we advise you to visit it calmly, to allow yourself some excursions, to have time to see a bear or a deer…

Otherwise, do not forget to skip it! You would regret it so much!

We will take care of explaining how to do it. Don’t worry.

In the end, if organized it with intelligence, waking up early and going to sleep late, a day trip from San Francisco is more than feasible.

Oh, don’t worry! We and our Extranomical Tour super friends know exactly how to do it. 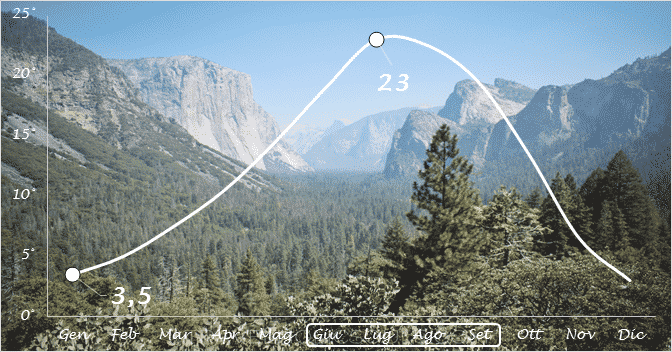 Attention, in late autumn / winter, it becomes difficult to visit some of the most beautiful spots in the park.

For example, the Tioga Road – the only road that runs through the park from east to west – it remains closed from November to June.

And the same applies to scenic spots like the Glacier Point that can only be reached between the end of spring / summer.

Attention, however, even during summer. The fires in the Yosemite park, in summer, because of the very hot temperatures, they are frequent and for this reason you may find it closed.

How much does the entry to this earthly paradise cost?

The entrance to Yosemite park costs 30 $ a week and per car (regardless of the number of passengers) and about 60 $ for those who want to have access all year. 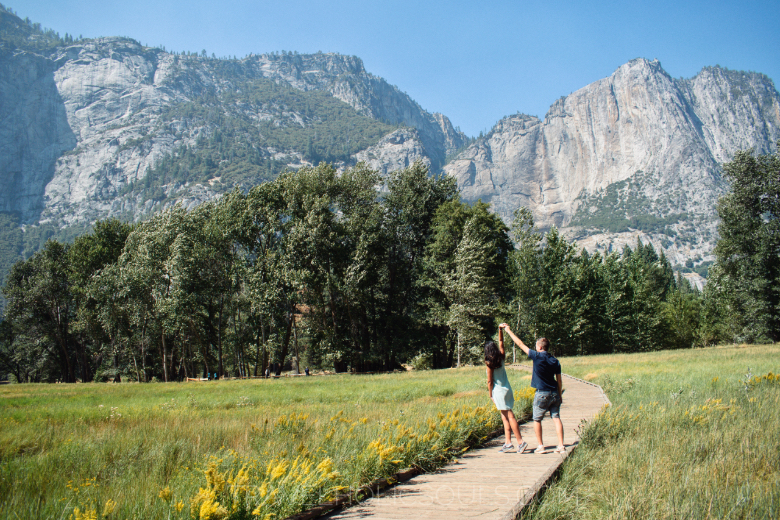 So, while we usually go for grilling on the banks of small rivers and unknown lakes, Americans in the area grill right inside the park paying just a subscription for less than 16 cents a day!

Ps. On the site of the park there are also marked ten days of the year that for some reason are free! Check it out our friends!

The Yosemite park has an area of about 1200 square kilometers (436 square miles) and different entrances depending on whether you arrive from the more coastal California, from Nevada or from any other part of the United States.

The most popular transportation is definitely the car; this, in fact, allows an autonomy that the others do not provide. 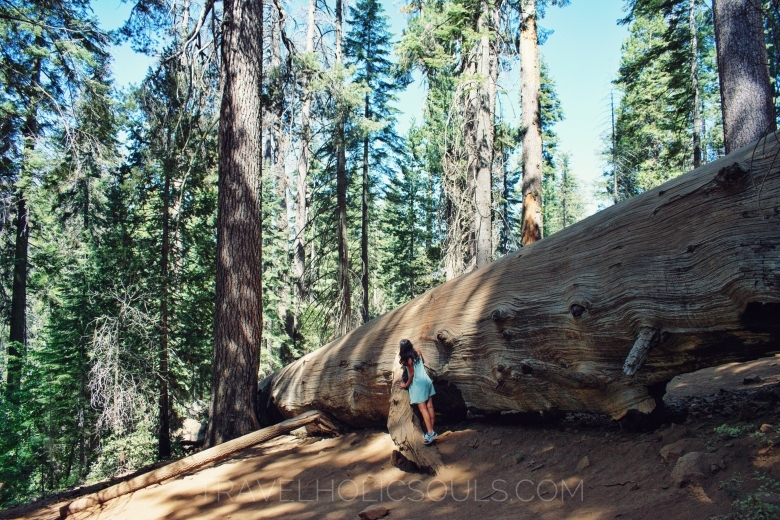 From San Francisco, travel time is about 3 hours and a half.

Going back from Las Vegas, on the other hand, is about 7 hours.

The Death Valley option instead makes the travel time of about 5 and a half hours.

The car and the bus are the two best options in case you have a single day.

The first because it allows a lot of autonomy, the second because it is guided by a person who knows the roads and paths (and so you do not waste time).

Traveling on your own or on a guided tour, what a dilemma!

You know, for any choice you make you will always have pros and cons that could affect your journey.

“What do you mean?” You would wondering.

Traveling alone you can take your own time, you can decide to skip stops, add more, do not wait for people, ask permission … it’s another trip, let’s face it.

However, when traveling with tour operators or organized trip you do not worry about anything rather than the voice of the guide who tells and explains each place, sitting on the bus and being carried exactly where you want without making the slightest effort.

In order to make the best choice, you need to take into consideration several factors such as the time available, the difficulty to get to the desired points, the need for a guide or not …

We usually travel on our own, structuring itineraries according to our tastes and needs.

But, as in Iceland, this time, we decided to rely on a tour.

In Iceland because the weather conditions did not convince us.

This time because having only one day available we would not have had time to visit the park.

It would have been impossible without a tour, because of the fires just happened we had to remove Yosemite national park from our itinerary and we were not prepared enough to face it alone.

In addition,it is too big and we would have risked wasting time unnecessarily looking for scenic spots.

But wanna know something?

If we went back, we would rely on an organized tour again.

And not to any tour but to Extranomical that with the sympathy of its guides and its excellent service made us live an unforgettable day.

What to see in the Yosemite national park in one day

Nevertheless, we assure you that if you organize your time well (or allowing someone to organize it for you) it is possible to have more than a hint of the park.

We will show you what to see (absolutely) at the Yosemite national park.

⛰ Glacier Point: the most beautiful view of the park

Oh guys, we just tell you that once here you will be 2199 meters high.

Not a few, right?

It is one of the best spots in the Yosemite Valley.

There are several ways to reach it: walking – obviously – with the car and through the internal shuttle.

When we got to this panoramic spot, we were not even expecting the landscape before our eyes.

True, the guide had warned us, he told us “Guys you have to know that I kept this gem at the end because it deserves it!” But until the valley opened before us, we did not expect such an amazing place.

We warn you, come prepared to exclaim “wow!” 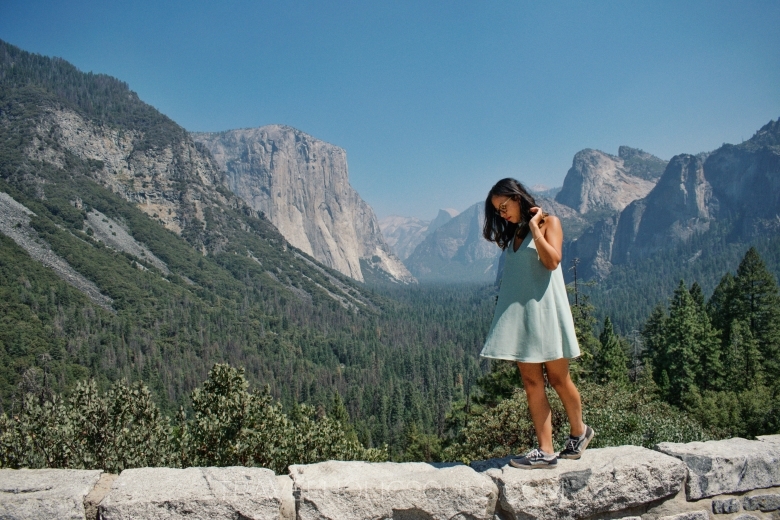 One of the prides of Yosemite National Park is undoubtedly El Capitan, one of the park 8 granite monoliths and its symbol, given that its height of 1100 meters makes it one of the highest in the world.

? Half Dome: in the presence of a Guinness world record

You imagine a vertical line of rock and you have just imagined the Half Dome.

But, counting that it has only 7 degrees left to be perfectly vertical, would not you consider it as such?

To give you an idea of how big this park is, we remind you that there are three waterfalls: the Yosemite Falls, the Sentinel Fall and the Ribbon Fall.

The Yosemite falls, as you can guess from the fact that they enjoy the homonymous name of the park, they are the most important falls of the whole park.

Not surprisingly, they are the highest waterfalls in North America.

You know a particular thing?

To enjoy them there are two ways:

settling for the Yosemite Lower Falls, reachable with a trail of about 1 km and a half or aiming to admire them from above, in this case we are talking about Upper Falls, which require a much longer and difficult walk on a difference in level of 729 meters.

NDR. The falls have a short time frame.

In the cold months, in fact, the water freezes. In the hot months, however, the temperatures dry them up (as you can see in our photos where there are no waterfalls, but you can see anyway the shadow on the rock made by the falls from fall to spring).

Best period to visit them: from April to June!

? Mariposa Grove: the perfect place to feel like Lilliputians

The giant sequoia is one of the reasons why the Yosemite national park is famous.

The “Mariposa Grove“, which literally means the butterfly grove, is located in the southern part of the park and preserves the beauty of 50 giant sequoias, including the very old Grizzly Giant that has nothing less than 2700 years …

The place can be reached by foot, or, if it is a good weather season, there is also an open train service.

? Yosemite Valley: where everything starts and ends

Last but not least, we mention the Yosemite Valley as well as the heart around which everything dances in the park.

Here, in the Visitor Center, the rangers can give you information of any kind about the park, the animals that live there, the plants that grow there and much more.

Also, all the tours start and end right in the Yosemite Valley and all the shuttles go and come from here. 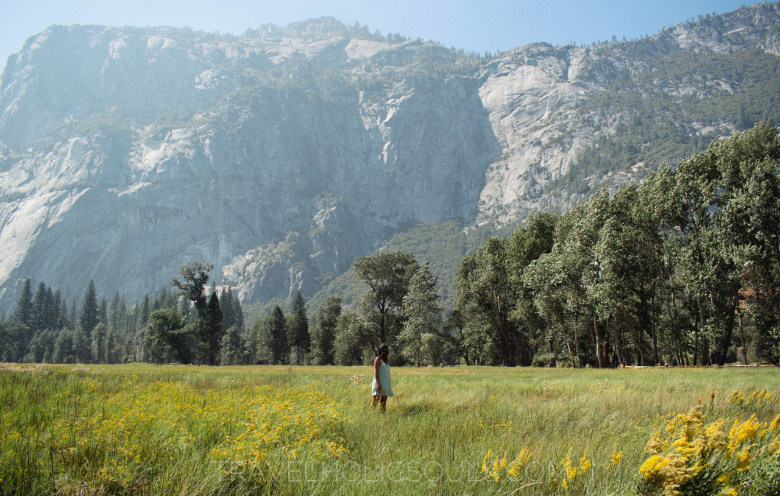 During the guided tour, the day at Yosemite Park was divided into two parts: in the morning we spend the whole journey from San Francisco on the bus to visit the Mariposa Grove.

After lunch – in the Yosemite Valley – we had a couple of hours to spend as we wanted: we made the trail to the lower Yosemite falls and we headed towards the part of the valley from where you could better see the monoliths.

It has been awesome!

Finally, by bus, we went to the Tunnel View and here we left a piece of heart, unable to delete the images from our eyes for the entire way back to San Francisco.

So, have you seen that you can visit the wonder of Yosemite national park in just one day? Where there is a will, there is a way!

Are you already preparing your backpack to leave for the adventure?

Disclaimer: the experience was kindly offered by Extranomical Tour.
Nevertheless, the review and our opinions are absolutely impartial and sincere.

Zineb (25) and Simone (29), exploring the world a weekend at a time. We are that kind of a couple who prefers a handful of memories instead of everything else. We are a couple who used to come back home after a journey more in love of life, of the world, of ourselves.

[SAVE THIS POST FOR THE EXACT LOCATION/ SALVA IL P

🇺🇸 Let your dreams be your wings ☁️ ⠀

🇺🇸 Happy birthday to the guy that I love mor

🇺🇸 "Simone is such a good photographer, he a

🇺🇸 And the birthday-trip destination is...

[SAVE THIS POST FOR THE EXACT LOCATION/ SALVA IL P

🇺🇸 Just a visual explanation of why sunrise

🇺🇸 If you have been following us for a while

🇺🇸 Sorry for being a bit MIA but we spent th